Outdoor Escapes is a Melbourne based landscaping company.

With over a year of landscaping and excavation work the company had produced a stockpile of 480 cubic meters of topsoil containing brick, rock, concrete and plant material.

We used the Melbourne Soil Screening plant to screen the stockpile with the 22mm screen(fines suitable for garden beds), half was then screened again with the 11mm screen meaning it was of suitable standard to be re-used(beneath lawns) in their landscaping projects resulting in a cost saving to the company of $24,000 over the next year.

The overs was then screened again with the 50mm screen producing 20cubic meters of –50mm material that was taken to clean fill for $5m and 20m of + 50mm brick/concrete/rock which will be taken to be crushed.

Not only did Outdoor Escapes make a significant saving on the purchase of soil for the next twelve months but they also completely eliminated all of their disposal costs associated with tip and clean fill fees and transport costs. 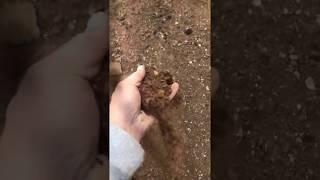